Both of my kids are in a youth theater production of Peter Pan this week. Being a  sucker, I volunteered to help as an usher at two days of preview shows for local schools and then sat in the audience on opening night. It was a ton of Neverland in a small window of time! Although they have been in rehearsals for a couple of months, one is a Lost Boy and one is a Pirate so I had not spent much time thinking about the Peter-centric parts of the story. It was only last night as I watched (for the 5th time in 3 days) the opening scene featuring Peter reuniting with his lost shadow – and his subsequent delight – that I remembered a blog post from the past where I talked about MY OWN SHADOW,

Before you go any further, take a minute and click over to the original post   , It may help add some context to what I have to say here. 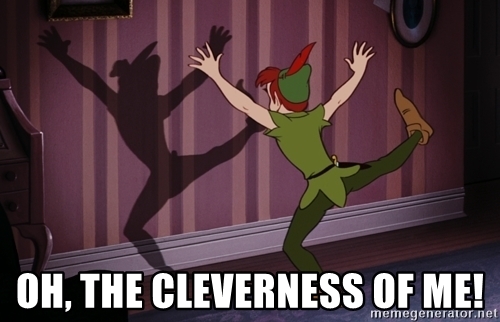 As I sat in the theater and watched Peter (portrayed by a teenage girl) delight in his shadow and the “cleverness” of himself for teaching the shadow tricks, I thought about how lovely it would be view the world and my place in it from a place so pure of heart and sure of self. There is a naiveté to Peter’s worldview that is not something an adult should aspire to, but the self acceptance inherent in Peter’s admiration for his shadow is something to which we could aspire. It’s definitely something I need to work on myself.

Running away from physical shadows may be a fun game to play as a child, but running away from our inner shadows is actually impossible and unhealthy.  What could happen if we take a lesson from Peter Pan and instead of ignoring our inner shadow, we accepted that shadow as a part of who we are and learned from it the lessons we need to live in a way that is both pure of heart and sure of self? What could happen if, instead of seeing of our shadow as a burden, we saw it as being full of gifts and grace?

What if we could all be just a little bit like Peter Pan? The Lost Boy and Pirate pictured below would benefit from a healthier mom who accepts her shadows. My husband would benefit from a partner who accepts her shadows. My relationships would all be stronger if I could accept my shadows. Most importantly, I’d be happier and more likely to view the world with a Peter Pan like innocence and belief in myself. A belief in self that may sometimes even find me saying without doubt “Oh, the cleverness of me!” I’ll work on that. 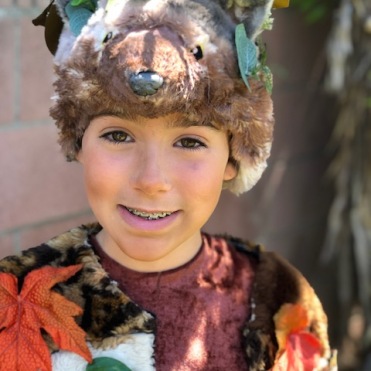 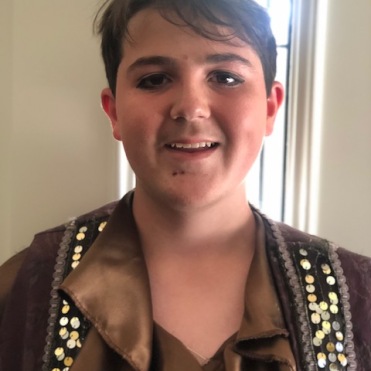